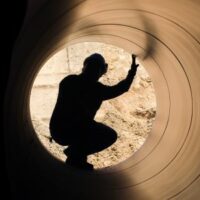 In New York City, most construction projects are wrapped up in a relatively short period of time. A project that takes more than 50 years to complete is virtually unheard of in the modern era, and yet there’s one clear example of this in Queens. City Tunnel No. 3 is a 60-mile water delivery system that has been under construction since 1970. Over this period of time, many workers have lost their lives due to questionable safety practices. Now that construction is finishing up on this epic project, it’s time to consider what kinds of safety issues workers might face on this project today.

If you have been injured in a New York construction accident, it’s important to get in touch with a personal injury attorney as soon as possible. Although Workers’ Compensation may offer some degree of help in regards to medical bills and lost wages, a personal injury settlement can ensure that you have enough to feed your family and continue on with your life. It’s best to get in touch with a qualified, experienced personal injury attorney who specializes in New York construction accidents.

The History of City Tunnel No. 3

The city first began construction on City Tunnel No. 3 back in 1970. The project has spanned more than 50 years, and it was initially intended to create a backup for the city’s water supply. It is the largest capital project in the history of New York, and it has cost taxpayers more than $6 billion over the years. Both City Tunnel No. 1 and City Tunnel No. 2 are more than 100 years old in some parts. Failure of either of these networks could leave millions of people without water.

There are considerable safety concerns with this project. First of all, the city has implemented strict security practices surrounding the project. This is, after all, a direct water supply to the population. Then there is the cost of human lives. Since the project’s inception, 24 people have been killed while working on this project. In order to complete the project, workers have had to drill deep into the earth. In many situations, dynamite is needed to break the rocky ground.

It goes without saying that dynamite can be incredibly dangerous. There is also the threat of flooding, cave-ins, and electrocution. Construction on New York’s water tunnels has been going on since 1837. Tunnel No. 3 will be complete in 2026. During this period of time, countless workers have given their lives to ensure a reliable water supply for New Yorkers. Sometimes the only way to change negligent behavior of the City’s Department of Environmental Protection is to bring a lawsuit to ensure it doesn’t happen again.

If you need help from a skilled NYC personal injury lawyer, contact Michael Gunzburg, P.C. Thanks to a wealth of experience with construction accidents in the Empire State, Michael Gunzburg has the knowledge and resources to help you pursue justice. New York is filled with questionable projects like City Tunnel No. 3, and innocent victims should have the ability to fight for their rights. Reach out today, and we can develop an action plan together.