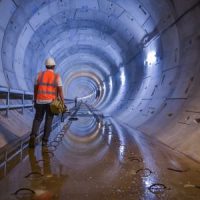 There’s a lot going on underneath New York City. Even though many people might be completely unaware of the massive infrastructure projects underground, there is a flurry of activity every single day. Deep underneath the surface-level streets of the City, hundreds of construction laborers work tirelessly to modernize and update this historic American City. Sometimes, this process isn’t safe. Sometimes, people get hurt. And with so much going on underneath New York City, it’s only a matter of time until the next major accident occurs.

If you have been working on some of these underground infrastructure projects, you already know how dangerous this work can be. Perhaps you have been injured during your time down there. If so, you should get in touch with a qualified, experienced personal injury attorney as soon as possible. Team up with a legal professional, and you can file a personal injury claim against those responsible for the accident. This can provide you with compensation for medical expenses, missed wages, and other damages.

Drilling tunnels can be extremely dangerous work in New York. From cave-ins to electrocutions and even explosions, there are many things that can go wrong. New York officials appear to be on the pathway towards automation in the future, and this could improve safety for workers involved in drilling tunnels for the MTA. In July of 2021, it was reported that the MTA was exploring options for a robotic drill rig. Not only would this improve worker safety, but it would also increase productivity.

Robotic drills may be especially useful in the modern era, as New York seriously needs to update its aging underground infrastructure. Sinkholes are popping up numerous times per week in the city, causing cars to become stuck or swallowed up. Water mains are bursting, sending water hurtling into the sky. There is also the famous Gateway Project, an incredibly expensive but necessary underground infrastructure project that will see numerous workers heading down into potentially unsafe environments.

The MTA recently admitted that it pumps 14 million gallons of water out of subway stations on a daily basis. Sometimes, the MTA cannot keep up with flooding levels, and this results in completely flooded train stations. Many of these subway systems are well over 100 years old, and they cannot handle this kind of flooding. Once again, construction workers must step in to address these issues and help modernize the overall system. In many cases, construction workers  put their lives at risk in the process of modernizing the New York City subway system.

For help from a skilled NYC construction accident lawyer, contact Michael Gunzburg, P.C. We have considerable experience with a wide range of personal injury cases in New York, including those related to construction accidents. If you have been injured due to a construction accident, there’s no sense in accepting your damages without exploring your legal options. With the right legal representation, you can receive a substantial settlement for your injuries. Reach out and book your free initial consultation today.