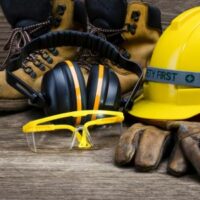 In the space of just one month, New York City has shut down more than 300 construction sites due to safety concerns. This equates to more than 10 construction sites being shut down every single day. The sheer scope of this “zero-tolerance” crackdown illustrates just how many construction sites in New York are violating safety standards on a regular basis. Make no mistake, it is the average construction worker who suffers due to these safety violations, and this crackdown shows that many workers are forced to work in unsafe environments without anyone noticing.

Fortunately, injured workers in New York have plenty of options when it comes to recovering compensation and holding negligent contractors, employers, and property owners accountable. With the help of a qualified, experienced personal injury attorney in New York, these injured victims can file lawsuits against those responsible for creating unsafe conditions, and they can recover a settlement. This compensation can help with things like medical expenses, missed wages, and much more.

City Cracks Down on Safety Violations

In late June of 2021, it was reported that the City of New York shut down a total of 322 construction sites in June alone. This was part of a massive crackdown on unsafe construction sites and a new “Zero Tolerance” safety policy that was outlined earlier in the year. Of these shutdowns, some took the form of Partial Stop Work Orders, while others were Full Stop Work Orders. The spark behind this crackdown is simple: an astounding number of construction workers in the City have passed away this year, and the City knows that it must take some kind of action.

Will This Be Enough?

Although it’s clear that the City is finally taking action, one has to wonder whether it will be enough. Is the City actually taking effective steps to curb the high number of worker injuries and deaths, or is it merely for show? How effective will these shutdowns be, and will they really change anything in the long run? This all remains to be seen, but the City isn’t going to be satisfied with merely shutting down construction sites. In July, lawmakers are scheduled to debate several new bills that will further increase construction safety in the Empire State.

We have to remember that safety standards are an important indicator of overall quality. If a contractor is rushing to get a project finished as soon as possible, they are likely to disregard many safety standards. If they are disregarding safety standards, they may be disregarding other things as well, such as the overall structural integrity of the building. Based on what just happened recently in Surfside, Miami Florida, all building departments are concerned throughout the entire country.

While we’re still trying to figure out the root cause of the Florida condo collapse, something obviously went wrong in the construction process, and the project might have been rushed to completion. When we disregard safety standards, everyone is affected – including residents  who eventually live in the buildings in the future.

If you need assistance with your case, reach out to skilled NYC construction accident lawyer Michael Gunzburg, P.C. We have considerable experience with construction accidents in New York, and we have helped many innocent workplace injury victims pursue justice in an effective manner. Reach out today, and we can help you hold negligent parties accountable while striving towards an adequate, and fair settlement.